WU LOU MADE OF PLASTIC

I bought a wu lou with a medicine buddha design but it is made of plastic. Will it still be effective even though it is made of plastic and not of a natural material like metal, crystal, wood etc? I would also like to know if the whole family will benefit if I hang it at outdoors so that everybody that comes in will be blessed by the benefits of the wu lou?

The shape of the Wu Lou is believed to have the ability to ward off illness chi, so the shape itself is an effective cure. However, for the cure to work doubly well, it is better if it were made of a material that complements the shape. Brass is a solid metal, so a brass Wu Lou works well because the illness star is an Earth star, and Metal exhausts Earth. Wu Lou jewellery made of gold or silver are also great talismans to ward off illness. Jade is believed to have healing properties, so you will also find wu lou hangings carved out of jade. Wood can also work, as Wood destroys Earth in the cycle of elements. So to answer your question, made out of these materials your Wu Lou would be more effective as a cure.

There is no problem to hang your Wu Lou outdoors. You might also like to display Wu Lou in areas of your home afflicted by the illness star.

QI only have a small fish tank and have 1 black fish and 2 goldfish. Is that still lucky as the black fish keeps dying and I have to keep replacing them!

If your fish keep dying, have you checked if your aeration system and your filter is working properly? It is not good to have your fish constantly die on you. Once in a while is OK because some believe that when your fish die, they are taking away some of your bad luck, but if they constantly die the way you describe, your tank would be creating too much yin energy for it to bring you any good feng shui. Have an expert aquarium specialist look at your tank for you if you want to continue keeping fish. And check that the fish you are keeping are compatible with the tank conditions, such as pH of water, temperature of water, etc.

One more thing, how come you have 3 fish? 3 is not such a great number to have. You should try and keep 9. The best configuration for gold fish keeping are 8 gold and 1 black.

GOLDEN MOUNTAIN BUT WITH WATERFALL

QI have a picture of beautiful golden topped mountains with lush waterfalls cascading down and some birds on the sky. My dilemma is that mountains signify support and should be on the supporting wall behind our couch on the Southwest, but waterfalls behind us are not auspicious. Should I get an artist to paint over the waterfalls with some lush green foliage? Please help.

If you intend to use your mountain painting as a symbol of support, then if painting over the waterfall will not spoil the painting, then yes that is a viable option. However, a mountain painting featuring a waterfall can also be a useful enhancer in a sector of your home housing the double 8. For example if your water star 8 and your mountain star 8 is in the same sector based on the Flying Stars of your house, then having just such a painting there will activate both your most auspicious stars, making the sector extremely lucky. So it’s up to you what you want to do with your painting.

NO WATER IN BEDROOM

QI read from one of your articles that no water feature should be placed in the bedroom. Is it bad to place an air purifier there?

An air purifier is not a water feature. Neither is a refrigerator or glass of water by the bedside.

QI have a green house in the West side of my house. I want to convert it into a chicken coop. Will this count as “caged birds” in the West and stunt my wealth?

If your chicken coop is designed such that the chickens can come out into the garden to move around and exercise, picking at seeds on the ground, then it is not considered a “cage”. There is then nothing wrong with keeping a chicken coop. But I hope your chickens are for eggs, because it is very bad karma to slaughter chickens.

WHAT KIND OF WINDCHIME TO USE?

QI saw in some feng shui sites that state that the 6 rod metal chime should not be all metal. Others claim that if the plate that holds the rods is metal too, it is considered part of the chime, so instead of 6 pieces of metal it would give 7. Whereas the chime should have a non-metal plate to really consider that the number of the chime is 6 since the plate is non-metal (say the plate or holder of the rods is wood or plastic. Please clarify.

AThe reason the metal windchime should have six rods, especially when used to counter earth element afflictions, is because the number 6 symbolizes Big Metal. 7 is also a metal number, but it is Small Metal. All-metal windchimes are preferred over wood/metal windchimes, because wood and metal are clashing elements, thus don’t give you a cure that is in “harmony”. If the cure itself is not in harmony, then it won’t find it easy to work as a cure either. And no, we don’t generally think of the plate holding the rods as an “extra rod”. The bad chi is supposed to rise up the rods; hence the reason “hollow” rods are better than “solid” rods. So the plate holding the rods is considered a separate element. A six-rod windchime should thus still have 6 rods, not 5.

WHAT TO DO WITH BAD KUA DIRECTIONS

QI read so many books about feng shui, but did not find any topic on how to do feng shui for unlucky directions according to Kua. My worst personal direction is South, so what do I do to energize the fame corner? Can you please help me and explain to me clearly?

You are talking about two different formulas here. The Kua formula is a “DIRECTION” based formula, so as long as you do not sit facing any of your 4 unlucky directions, and avoid sleeping with your head pointed to an unlucky direction, you are fine. When you talk about energizing your fame corner, that is the 8 Aspirations method which is a “LOCATION” based formula. You can thus safely energize all 8 sectors without fear that it will clash with your use of the Kua formula. So don’t face South, but energizing the South with lights, the Fire element and symbols of fame like the Victory Horse are perfectly fine and will work for anyone, whether you are East group or West group.

ONE OR TWO PI YAOS?

QI wonder if it is OK just to have one Pi Yao in the home instead of two? I am quite confused because some sellers would say that Pi Yao are partners or couples and so they should be two. But there are some shops that sell only one Pi Yao. Is it OK to have one or should they be in a pair? I also noticed that there is a Pi Yao that stands on a Pa Kua. I would like to know what it does as compared to the Pi Yao that steps on the coins.

APi Yao can be displayed singly or in pairs. Usually when they are used to appease the Grand Duke Jupiter (Tai Sui), they are displayed singly. But when displayed flanking an entrance to protect the home, like how Fu Dogs are used, then a pair is of course preferred. The Pa Kua is a powerful symbol which protects but which can also harm (see Lillian Too’s Fine Points article this issue), so it is better to get a Pi Yao sitting on coins or a regular looking base, than on a Pa Kua base. Certainly if you are intending to display your Pi Yao inside the house, it should not be on a Pa Kua base.

QI am quite confused about what to do in the South sector of my house. The facing direction is North 2 of cycle 8, which means I am lucky to have the double 8 at the back, but with the yellow star 5 visiting this year what do you recommend as a solution?

AWhenever the 5 yellow visits, you have to be careful in that sector. Don’t activate the South too much, so if you have a back door there, don’t use it to enter and leave the house too much. Better to use another door. The best cure for the 5 yellow is the 5 element pagoda. But get one that is large enough compared to the size of your house. If you have a huge house, use more than one 5 element pagoda. If you have previously installed other enhancers for your water star 8 – mountain star 8 combo, it is no problem to leave them there, as long as you also display the 5 element pagoda. But remember that this year the South is also afflicted by the 3 Killings, so you should also have the Three Divine Guardians there.

QMy children have a fan directly above their bed. Is it okay? If not, what is the cure? Please help.

AA fast moving fan above your children’s bed is not good. It will make it difficult for your children to sleep well, and can bring them bad luck in school, exams and life in general. Can you move the bed so the fan is not directly above the bed? If the room is too small and you cannot do that, it is better to use air-conditioning or a standfan.

QMy dad bought a ceramic dragon statue to be placed on a table in the living room. The dragon has 4 claws and 1 side claw (altogether 5 claws). Is that too strong for him? He’s born in the year of Boar (1947). Somehow the Dragon was accidentally broken when it fell from the table one day and my dad just glued it back and still keeps it on the table till now. Is that a bad sign that it got broken, and should he get rid of it?

AUsually it is safer for the regular, common person to energize using 4 claw rather than 5 claw dragons. If the dragon you mention has 4 side claws plsu one more claw on each foot, then it is a 5 clawed dragon. 5 clawed dragons are said to be Imperial Dragons, so only if you are the Emperor or royalty should you really use that Dragon. As a logo for a big company it is different, but for an individual family or person it is generally safer to go for 4 claw.

If your dad’s dragon got broken, it is better to replace the dragon with a new one than try to make do with one that is pieced back together. Some say that if something auspicious like a dragon breaks, it means it saved you from something bad happening to you – i.e. it took away some of your bad luck. So in that respect you should rejoice. 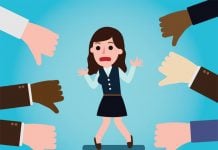 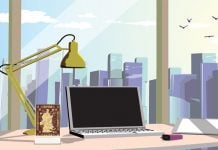 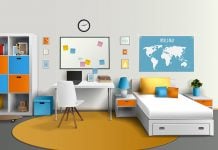 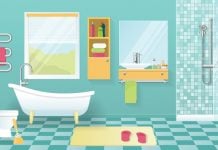 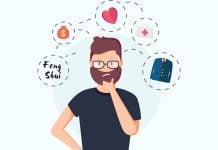 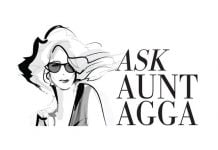 Creative Visualisation Revisited: Powerful Mind Ways to Getting What You Want