Sau, the God of Longevity 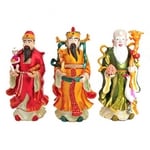 The God of Longevity, Sau, is probably one of the most popular deities found in Chinese homes. He is one of the three star gods that are collectively known as Fuk Luk Sau. Sau is usually portrayed dressed in a yellow robe and carrying a peach (also known as the fruit of immortality), a staff and the bottle gourd which is said to be filled with the nectar of Immortality. Placed at eye level with a solid wall behind him, Sau brings good health and a long, smooth life to all the residents of your household.

The Wu Lou for Health 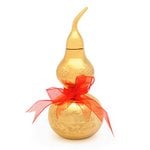 The wu lou or the bottle gourd is a powerful symbol of longevity, good fortune and an abundance of blessings! The God of Longevity, Sau, carries a staff with a bottle gourd that is said to contain the elixir of Immortality hanging at the end. The shape of the wu lou is also a representation of heaven and earth united in miniature: the top half is heaven and the bottom, earth. Thus it is said that displaying a wu lou in and around the home is a good omen. Placing a wu lou by the bedside is especially beneficial for those who are ill or generally under the weather.

The Crane for Harmony 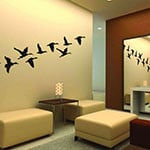 Next to the phoenix, the crane is the most favoured of all the bird symbols of good fortune. He is the bird of Immortality and is strongly identified with the attributes of longevity, happiness and the smoothness of flight. The crane’s symbolic presence in the home or garden is believed to bring harmony and happiness to the home. Placed in the south, a figurine or Chinese brush painting of the auspicious crane brings opportunities; in the west, it brings good luck for your children; in the east, it benefits the sons of the family; in the northwest it favours the family patriarch

The Deer for Prosperity

To the Chinese, the deer is a very popular symbol associated with speed, endurance and a long life. The word for ‘deer’ in Chinese is lu, which sounds similar to another word that means good income and prosperity. It is thus extremely auspicious to have the image of the deer in your office and home. Display a figurine or painting of the deer in your workplace to symbolise the wish for the company to prosper and grow or place it in your home so that your family will enjoy a long life of ease and growing prosperity.

The Tortoise for Longevity 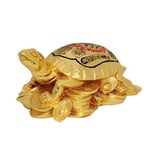 The humble tortoise is the only one of the four celestial creatures that actually exists today. It is not merely a symbol of longevity, although rearing a live tortoise in the home is said to ensure that the family Patriarch lives to a ripe old age! The tortoise is also a symbol of protection and support as well as wealth and prosperity. In feng shui the tortoise signifies the protective hills of the north. Display a figurine of the tortoise in the north sector of your home to attract lots of good health and prosperity luck, and place on in the north corner of your office for support in your career.

The Peach of Immortality

No other tree or fruit has a greater depth of symbolic meaning than the peach tree. Every part of this plant is believed to possess some valuable attribute, but it is the peach fruit that is said to be the most valuable. Legend has it that the Monkey God stole peaches of immortality from the garden of the Goddess of the West, Hsi Wang Mu, and attained immortality. Display a jade peach tree or a painting of these heavenly peaches in your living room to bring in lots of longevity energies into your home.

The Bamboo for Resilience 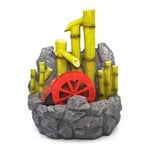 The bamboo has long been regarded as a symbol of longevity due primarily to its resilience and ability to stay evergreen through the four seasons, especially during the winter months. The spiny bamboo, which signifies longevity and prosperity that lasts for generations, and the solid stemmed bamboo, which signifies a life free of illness and disease, are the varieties associated with good health. Display them in the east sector of your living room or in the study/library for health luck and protection. 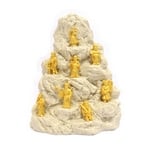 Widely regarded as symbols of longevity and good fortune, the Eight Immortals or Paht Hseen are superior beings of Taoist legend. Comprising six men and two women, they are said to have lived at different times and each attained immortality under different circumstances. However, legend says that they have each tasted the nectar and peaches of Immortality! The symbolic presence of the Eight Immortals in your home is believed to bring good health, happiness and good fortune to your family, so it would be beneficial to display a painting or figurines of them in your living room. 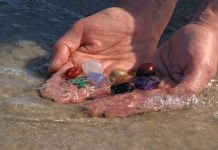 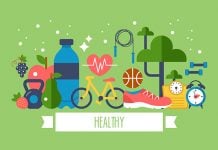 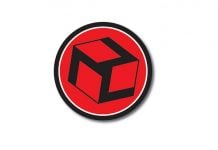 Antahkarana – A Powerful Healing Symbol That Is Easily Used