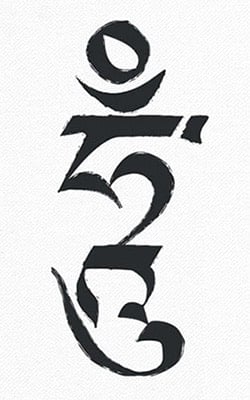 The symbolic nuances of this stunningly beautiful seed syllable is matched only by the hidden secret power that lies within its elegant lines – depicting the sun in full splendour, the new moon in all its crescent glory and the powerful “tigle” above, signifying the consciousness of mankind… merging like an invisible cord into the cosmic Universe. Then below these symbolic representations and in the elegant secret language of the Dakinis are the lines that evoke every kind of Protective Deity associated with the Buddhas of the ten directions.

The syllable HUM features in almost all the powerful Mantras of the Buddhist Traditions, the most famous of which is its presence in the powerful trinity of Om Ah Hum, which precedes so many of the most powerful of mantras that have emerged into the world today, notably the mantra of GURU RINPOCHE Om Ah Hum Vajra Guru Pema Siddhi Hum.

As a shortcut, one can simply recite Om Ah Hum over food to bless it, before making a speech to dispel all nervousness, before making a request to enhance the power of one’s speech and so forth. The syllable Hum is also part of the most famous mantra of all… Om mani padme hum. 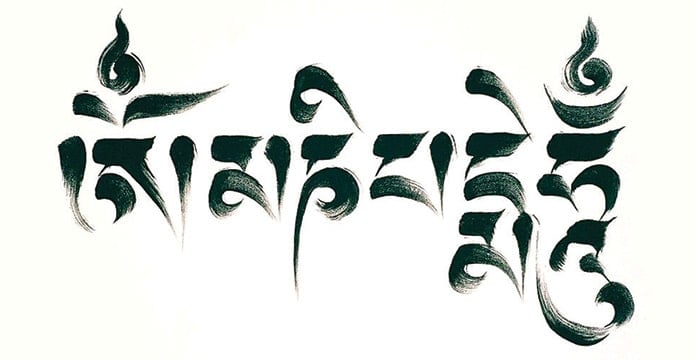 On its own, made in precious metal, the syllable Hum can emit invisible rays of protective energies. It is powerful by nature of its symbolic lines, which can be drawn in any elegant manner; sometimes in the way of the ancient Sanskrit masters, or more recently in the beautiful Tibetan script often stylized to resemble the beauty of Chinese calligraphy.

As long as the essence of the Hum is retained, this is a powerful syllable, which when worn continuously on the body evokes the most powerful of protective auras to keep you safe from harm.

When you wear a bejeweled Hum as a pendant resting around the vicinity of your heart, and you recite any of the mantras you know that contain the word Hum, then whenever you are in danger of any kind, simply reciting Hum, Hum, Hum… continuously under your breath will bring relief to your mind and open pathways to safety. 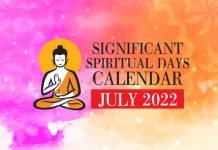 Balance in Your Basket of Elements Enhances Success Luck