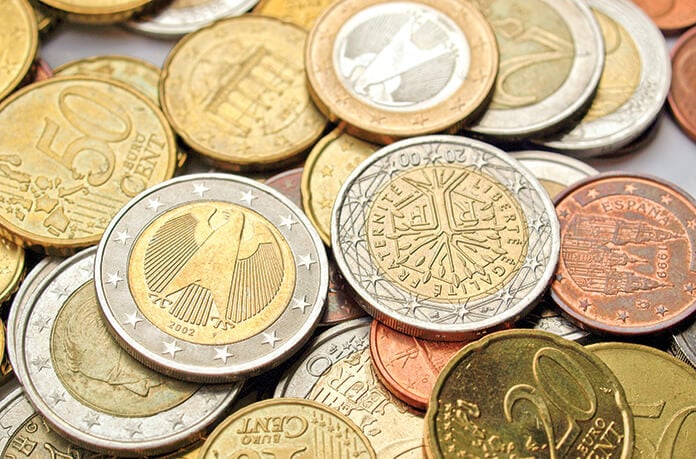 Coins made of standardized size and weight of a certain metallic material, stamped with identification marks or symbols, have been used throughout the ages as an easy-to-use physical item as a medium of exchange. These coins are generally issued by governments to facilitate trade within their borders. But more than just a tool for trade, coins have been used as symbols of power for the rulers in ancient times. As history has shown, once a new ruler comes into power, he would change the existing coins with new ones of his own design. Was this done with the advice of the soothsayers to further stamp his rule and longevity, or just to improve the ruler’s luck? Well, having a coin in your pocket with your king’s face on it… this will definitely remind both his subjects and foreigners about his rule. 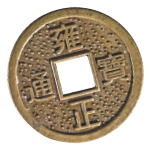 The Chinese have built in the symbol of the power of heaven over earth in their I-Ching coins, with the round shape representing heaven and the square shape representing earth. Central to that meaning is the name of the Emperor stamped on the coin, cementing his claim to being a divine ruler as chosen by the Gods. During the reign of the Emperor, he would also issue special authority coins stamped with symbols giving the mandate to the bearer to carry out the tasks required of him for his country and to keep him safe. This was especially the case when protective amulets were needed for men on the march to battle; they were made in the form of coins, as they were more durable than most other materials and were easy to carry around, and easily mass-produced.

In modern times, we see that most of the monarchs have given way to democracy, and the coins in circulation are used to pay homage to the great leaders of the country, and in some countries, to improve the luck of the country as a whole. One very good example well-known within feng shui circles is Singapore’s use of auspicious symbols on its bank notes and coins to lift it out of economic difficulty in the 1980’s. They placed the image of the auspicious Dragon overlooking the harbor on their SGD50 note; and they used the Pa Kua symbol on the SGD1 coin for protection.

The coins from the European Union (EU) also have some specific symbols designed into them. If you look at the coins today, mainly the Euro 1 and the Euro 2 coin, they contain many symbols, some good and some bad. First of all, as we know, each of the sovereign countries are allowed to mint their own coins, but they need to have a ring with the 12 stars representing the EU and the countries’ side of the coin has to be within the 12 stars. This represents the unity of the countries within the EU. Will this keep the EU together? Here I would like to bring your attention to the Euro 2 coin from Greece minted in 2002, with the image of Europa being kidnapped by the bull. This seems to have a bad connotation, like its wealth being kidnapped, and I do wonder if this has caused Greece’s current financial situation?

When you are on your travels, do take note of the symbols on the coins as some of them can contain protective or auspicious symbols. Find out from the locals about the meanings of the symbols on the coins, and keep the ones that have good meaning. Coins are small and easy to carry; why not have some around if they bring you good luck. So if you can’t get hold of a proper amulet, carry some coins with auspicious symbols to help keep you protected and energized. But do filter out the bad ones; try to keep as little of them as you can!!!

How To Grow Old Gracefully

Common Dreams and What They Mean