An auspicious time with the Victory Star doubling in your home sector! For those in employment, activate career mobility by displaying the New Victory Banner on your desk and carry the Sky Horse Amulet. For entrepreneurs, activate for business luck by carrying the Black Tortoise Lunar Mansions Harmonizing Amulet. You are in good spirits this month, with relationships with friends, acquaintances and family going well. Single Rats will find this a good time to start new relationships; don’t guard your heart too closely, take a chance! But when you win, don’t forget about your humility!

Prosperity Luck doubles up for the Ox bringing a double burst of good fortune. Money luck is strong, making it lucky for the Ox to accumulate assets this month. A good month to close new deals, as new ventures commencing this month have a promising future. Activate your good fortune luck by displaying the Sacred Resource Cow on your desk and carrying the Big Auspicious Amulet. Relationship luck for the Ox also improves. The Ox can activate for marriage luck using the Horse Peach Blossom Amulet. But there could be minor health ailments to be endured. Carry a Health Talisman Holder to keep illness energies at bay, and to reduce their severity when encountered.

The Tiger enjoys double prosperity with the double Prosperity Star showing up in its sector. Tigers can therefore look forward to a boost of good fortune. Investments may bear fruit, and projects progress smoothly. Activate wealth luck by displaying the Trio of Wealth Gods and the Activating Prosperity Tree in the Northeast of your home. For career improvement, place the 100 Blessing Energetic Deer on your work desk. However, note that the Tiger has the annual Tai Sui in its sector, which can spoil things if you do not have him on your side. Carry the Tai Sui Amulet to retain his strong support.

The Rabbit will be irritable this month with the Quarrelsome Star doubling in its sector. This brings turbulent times to relationships with family, friends, and colleagues. You could feel uncharacteristically dissatisfied with yourself, people may find fault with you easily, shaking your self-confidence. When you encounter misunderstandings, avoid jumping to conclusions and losing your temper. Carry the Magical Cosmic Apple Amulet to avoid small misunderstandings developing into serious bones of contention. Place the Magical Cosmic Apple and Harmony Lock in the East sector of your living space. A month to lie low. Be more forgiving of others and give them the benefit of the doubt when differences arise.

The Dragon’s natural charms take centre stage, as you are enjoying the double Romance Star. Already a naturally charismatic creature, this only gets enhanced this month, gaining you many new admirers. At work, productivity increases with all the adulation you’re getting. The Dragon definitely performs better with praise, and this month you will get a lot of this. A time to advance in your career, something you will find easy if you put your mind to it. Make use of your good networking luck and put effort into making new contacts for the future. Activate for business growth with the Wishfulfilling Scepters Of Power. For career advancement, place the Sky Salamander on your work desk and carry the Four Friends Talisman. Singles looking for love can activate a new romance with the Rooster Peach Blossom Amulet. Married Dragons however should place the Marriage Lock in the SE to keep their marriage strong.

The month’s energy makes it a happy and sociable time for the Snake. The positive effect of the Peach Blossom Star gets multiplied, giving a boost to your charisma and creativity. Projects progress smoothly, allowing more time for social occasions. When attending work or social events, your natural charming will attract many new admirers that will be good for future work or personal relationships. Activate for love with the Prayer Wheel Pendant for Love & Happiness. Single Snakes can activate for love with the Horse Peach Blossom Amulet. If married, place the Marriage Lock in the SE to prevent any third party from disturbing the marriage.

A hectic time for the Horse with the Expansion Star #9 multiplied. Your good fortune luck gets enhanced, making it a happy and prosperous time. But as there is an excess of Fire energy, it indicates some possibility of things getting out of hand. The Horse may feel like you want the break into a gallop, however, you must control your instincts to run, as you risk getting burnt out. Activate the good fortune of the month by placing the Sky Dragon or Heavenly Completion Horse on your desk. The excess of Fire energy poses some danger; wear the “Self-Protection” Medallion or carry the 28 Hums Protection Lotus Amulet to ward off misfortune energies brought by the flying stars.

Sheep’s energy levels take a dip this month. You become more susceptible to illness, as the Illness Star #2 energy is extremely strong. So do take extra care of your health. Get sufficient rest and have regular healthy meals. Don’t schedule too many appointments, as it will tire you out completely, and reduce your effectivity in strategy and discussion. Wear the Medicine Buddha Pendant or Golden Wu Lou Pendant and place the Wu Lou with Joyous Cranes by your bedside. Apart from having to look after your health, your luck is otherwise stable. 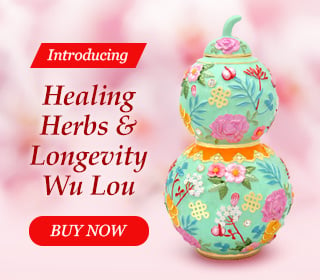 The luck of the Monkey looks stable in August, but the double illness star #2 in your sector threatens to delay your plans. Take steps to stay healthy; don’t overpack your schedule and take heed when feeling under the weather. Avoid over-exerting. Monkeys can safeguard health luck by carrying the Health Talisman Holder and placing a Wu Lou with Joyous Cranes by their bedside. Money luck is promising; enhance this with the Sacred Resource Cow on your work desk. But because the Monkey confronts the Tai Sui this year, do carry the Annual Tai Sui Amulet to stabilize your luck.

The double loss star brings misfortune energies, indicating there will be unexpected expenses and betrayal luck. As the stars double up in the Rooster’s sector, best to install the Magnificent Kwan Kung with 9 Flags or the Armoured Elephant & Rhino in the West to suppress these misfortune energies. Carry the Anti-Bad Intentions Amulet to protect against hostile energies. The excess Metal energy also indicates the possibility of injury caused by sharp metal objects. Carry the 28 Hums Lotus Protection Amulet to safeguard against physical harm. Best to lie low this month. Wear Manjushri’s Charm bracelet to safeguard against making bad decisions.

The Heavenly Star #6 doubles up in the Dogs sector bringing plenty of positive energies. A month when heaven luck is strong, indicating the Dog will gain recognition for work done, which can well lead to meaningful career advancement or business expansion. Activate the good fortune with the Jade Emperor Windchime and Yellow Ru-Yi in the NW of your home or office. Carry the Jade Emperor Amulet to capture the auspicious energies of the month. There may however be too much Metal energy in your home sector, which can lead to accidents; carry the 28 Hums Lotus Protection Amulet to protect against physical harm.

Your luck is strong with the Heavenly Star #6 doubling up in your sector. Boars can look forward to doubled recognition and money luck. It indicates there are helpful people ready to lend a hand whenever you need them. Boost your good fortune luck with the Heaven Star Windchime and Wishfulfilling Scepters Of Power in close vicinity to your personal workspace. Carry the Jade Emperor Amulet. Windfall luck is also indicated; activate by carrying the “Winning Hand” Wealth Talisman. But watch out for the 3 Killings, which threatens with money loss, accidents and misunderstandings; carry the 3 Celestial Protection Shield Amulet to suppress these energies. 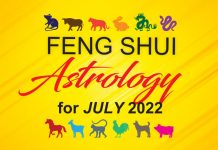 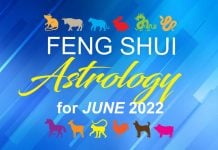 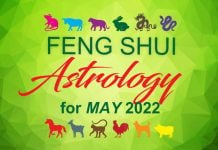 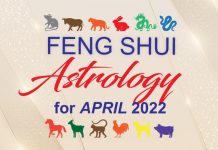 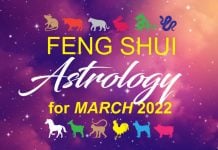 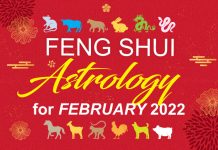 Making The Most Of Your EIGHT LUCK Directions