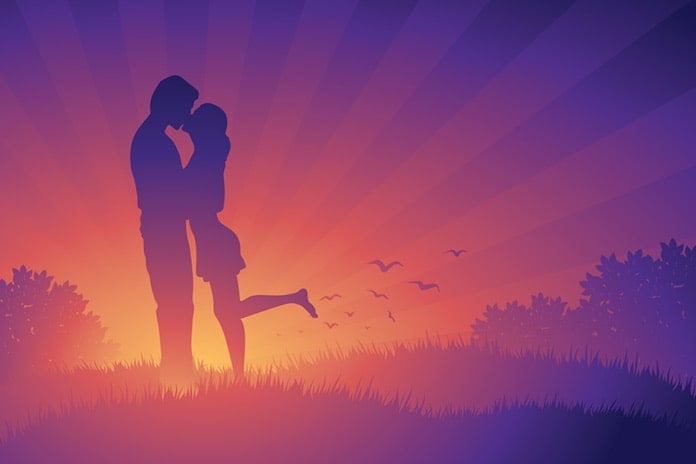 Finding someone to marry used to be so much simpler. There was a time (not that long ago) where you’d simply reach a marriageable age and your parents would arrange for the village matchmaker to pay a visit. These days, match-making has gone out of fashion and the priorities of young adults have completely changed. All around the world, we see the rate of marriage plummeting as the new generation of adults choose to focus on career building rather than starting a family.

I have a bachelor friend – in his 30s, really handsome, mega-successful and truly one of the loveliest people I know. But he has been trying to get hitched for the past four years without any joy. It is not that he has problems attracting beautiful ladies into his life – in fact, I can promise you that’s the least of his problems. But his dilemma is that he just cannot seem to find the right one – that very special someone he could imagine spending eternity with. Commitment issues? Perhaps. But hang on a minute – the guy has already made two proposals in the last two years, both of which fell apart within six months. He says to me “I really want to settle down. And I want children.” So no, commitment isn’t the issue here, but perhaps there is something really wrong with his feng shui!

So we checked the feng shui of his house and sure enough, we have detected the culprit. Right now he is living in a house with a missing SOUTHWEST corner. We advised him to move out and he has taken our recommendation very seriously. My dear friend has found a new house to move into, and he has asked us for some feng shui tips on furniture placement. So here is our educated opinion and we are pretty confident it is going to help him. This method uses the EAST-WEST theory of feng shui – and anyone can apply this method regardless of whatever flying stars are in your home.

WORKING OUT THE EAST-WEST CHART OF THE HOUSE

We visited his potential new home and determined that it faces the direction of SOUTHWEST. This alone is a fantastic sign, as Southwest is also the universal direction of Marriage. With his main door facing this direction, it will bring him plenty of potentially suitable brides, and prospects for a lasting union will be high. Once you know the facing direction of the home, you can then match it with the correct EAST-WEST chart*. Under the East West Theory of feng shui, a Southwest-facing house takes on the energy distribution as shown here in this chart. You can see that the Southwest sector of this home (where the door is located) brings Success Luck for the occupants of this house, and the Romance corner is located in the West. A home where the Romance corner is afflicted can also cause marriage problems to arise. By “afflicted” we mean that a bathroom occupies this sector. If the West corner of this home is missing, it would also be a problem for my friend – especially since his priority right now is to get married!

ANALYSING THE SOUTHWEST CHART FOR THE HOME 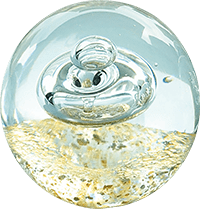 Here is the floor plan of his new home. If we superimpose the SOUTHWEST chart onto this layout, we can see that the WEST location is occupied by the “Mail Room”. This is excellent, because it means that the house does not have an afflicted West. In fact, should he convert the Mail Room into a Home Office, and spend time working here, there is a very good chance he would meet someone suitable to marry through his work. Under the East-West theory of houses, the Romance corner becomes activated by the presence of Earth energy. Thus for him, we recommend placing a large Crystal Ball in the West corner of every room in the house – and this is indicated by the red stars on both the floor plans here. Ideally, the crystal ball should contain gold flakes inside, as GOLD is the best enhancer for marriage and happiness luck. This is the reason why Chinese parents often gift their newlywed children the gift of GOLD, as gold brings happiness in marriage.

SLEEPING AND FACING THE RIGHT DIRECTION

We also advised our friend to arrange all his furniture in accordance with his personal Kua number so that he may tap his personal Love direction while dining, working, sleeping and watching TV. Under the East/West theory of feng shui, he belongs to the West Group, and his Kua number is 2*. His personal Love direction is therefore the Northwest, which means that for him personally, facing the Northwest direction brings him the luck of Love and Romance. Here we should also check that the Northwest is not afflicted in any way, as this would definitely create obstacles for his love life. The Northwest of this home is occupied by the staircase, and thus again is not afflicted.

So you see, in feng shui, marriage luck can be blocked if any of the three locations of marriage are afflicted:

In this case, my friend is finally in luck! This house meets the criteria for all three, as none of the marriage corners are afflicted. And so by living in this house, his chances of securing a happy marriage are very high indeed.

So here on this floor plan we have indicated all his LOVE facing directions with a red arrow in the living room and dining room. He should arrange his sofa, TV and study desks in order to sit facing Northwest. Inside his bedroom (see floor plan) he should also sleep with his head pointed towards the direction of Northwest. As you can see, the East/West method is truly very easy to put to practice, and its effects are incredibly potent. We look forward to receiving an invitation to the wedding of our dear friend very soon.

* All EAST/WEST charts are published in Lillian Too’s Feng Shui Diary for the Ox Year on page 58. If you wish to work out your personal Kua number, simply use the free KUA CALCULATOR available on www.wofs.com.