This is a continuation of my last article, where I introduced you to the Reclusive Stubborn Star. The Toxic Star is another star (one of 3 special stars) that indicates potential negative characteristics of one’s personality. To recap, the Reclusive Stubborn Star indicates someone who can be potentially introverted, stubborn, secretive and argumentative. The Toxic Star on the other hand indicates someone who can be very difficult, selfish, arrogant and at times irrational and out of control. 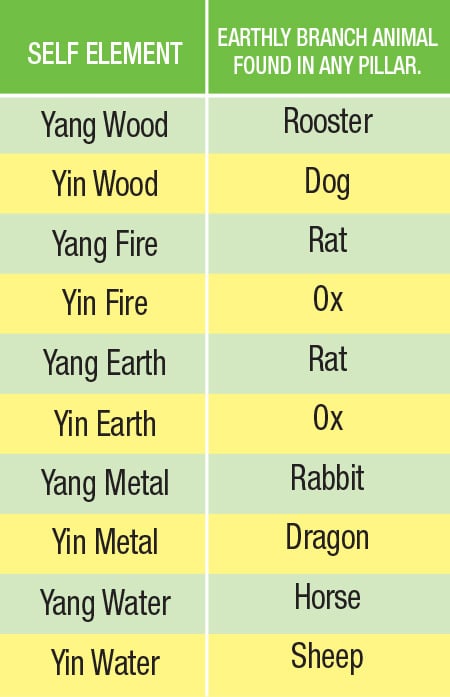 Of course, just like the Reclusive Star, the Toxic Star is also an interactive star, where positive effects of other stars can moderate or change the overall final outcome. Someone who has the Toxic Star may end up creating serious problems because of their at times totally irrational behavior. Such people find it very difficult to control their emotions and their anger. To find out if you have this star in your chart, just look at your self-element and then look for the animal sign in any of the earthly branches.

If your self-element is Yin Wood, Yin Fire, Yin Earth, Yin Metal or Yin Water, you would not only have the Toxic Star, but also possess the Reclusive Stubborn Star as well. Of course if your self-element is also deemed to be strong, then you can be sure that you will exhibit most if not all of the negative effects.

If your self-element is weak, then the outcome would be very much different in that you may exhibit the symptoms of both these stars, but to such an infrequent and lesser degree that you are forgiven your sins. Of course, if your chart also has the Peach Blossom Star or the Star of Charisma or Popularity Star, then all bouts of unbalanced behaviour would be looked at as unique and merely a part of your character and no damage done.

Of course, you will also need to look at the other animals in your earthly branches to see if you have other positive combinations such as allies or secret friend combinations. If your self-element is Yin, then be on the lookout for the Cross of Earthly Animals (Dragon, Sheep, Ox, and Dog) as this combination brings you material success due to the help from heaven. Such a person would have very strong instincts and possessing of the 3rd eye, as well as having strong spiritual belief. If your self-element is Yang, then you should lookout for the Cardinal Cross Animals (Rooster, Rat, Horse, and Rabbit).

Those who have the cardinal cross animals in their chart are fortunate, as they will have excellent networking luck, romance, love and nobleman luck. It is very important that you take note of the animal sign that denotes the Toxic Star, and which pillar it appears in. Next, we should also look at the animals of the other pillars, as well as those in their 10 year luck pillars. What we are looking for are clashes with that animal sign. The only exception being those who have the Cross of Earthly Animals, as this combination can overcome any effects of clashes of the earthly branches.

Again we use the same example as we used for the previous article, so that I can better explain the differences.

This is a 35 year old gentleman who is very successful in his career and happily attached. His favourable elements are Metal, Earth and Fire with a weak self-element of Yang Earth. From the previous article, we know that his Reclusive Stubborn Star is shown as the Dog. His Toxic Star appears as the Rat. The Rabbit in his Hour Pillar is his secret friend and brings him windfall luck, and the Tiger in his Day Pillar is his ally and thus brings him good luck.

As 2017 marks the entrance of his next luck pillar of 35, we are sure to see a big improvement in his career and relationships, as well as bringing him networking and mentor luck. His money luck is also enhanced in this luck pillar, as the Dragon happens to be his Star of Money Bags, as well as the ally of the Rat. So for his case, no real correction is needed, as his 10 year luck pillars provide the needed corrections.

This is the chart of the 33 year old Rat who is strong Yin Metal and missing Fire. Favourable elements for him are Fire, Wood and Water, with Fire being the most favourable element. Both the Reclusive Stubborn Star as well as the Toxic Star is indicated by the Dragon, which is in his Hour Pillar. So in this case, because his self-element is strong, we are going to see an aggravated case of stubbornness and introvertedness. With the addition of the Toxic Star, we can also see him as being very headstrong and making rash decisions in life. As such, his life would be quite unlucky if not for the fact that his chart has the complete set of allies – Dragon, Rat and Monkey, which brings him luck to overcome problems that he faces.

It is also clearly seen that his relationship luck is badly afflicted with the Rabbit and Rat 2 penalty clash. His next luck pillar coming in a year’s time when he turns 34 brings him the needed Fire element, but compounding the 2 penalty and relationship luck. For him, he should activate his Peach Blossom Animal – the Rooster – to improve his relationship luck. He should also carry the Tai Sui Amulet to reduce problems brought by the Tai Sui. He should also avoid making rash decisions and instead, gain some additional advice on getting to the correct solution to any obstacle he faces in life. 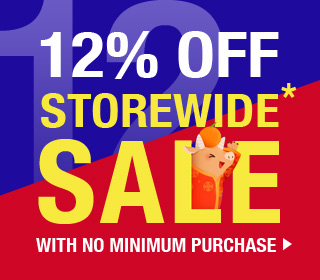