The luck of the Rat improves with the appearance of the Heaven Star. You can look forward to some form of a windfall or a promotion at work. Enhance windfall luck by carrying the “Lucky Mahjong Tiles” Amulet for Wealth & Windfall Luck and displaying the Red Treasure Chest in the North. If looking for a promotion or a bigger role at work, display the Jade Emperor with Qui Ren Talisman on your work desk. Beware however, as there is indication of injury to your limbs, so do be more careful if you participate in dangerous or extreme sports.

Your elements are in sync, infusing you with motivation to do more. You are raring to go and success comes easily. A productive month for those of you involved in creative work and research. Your popularity increases and others look to you to pick your brains. For career success, carry the Chi Lin “Always Brilliant” Amulet or display the Bejeweled Luo Han with Chi Lin on your work desk. Romance-wise, the single Ox is in for a great time as you are absolutely spoiled for choice! But if already married, the month could see some insecurities arising; there is risk of one of you getting affected by temptation from a third party. Strengthen your union by placing a pair of Marriage Happiness Ducks in the SW.

This month the Tiger enjoys the literary star, making things especially good for students and those of you attempting to improve yourselves. Your mind will be tingling with new ideas and you can’t seem to sit still! Channel your lucky energies towards starting a new project or learning a new skill. Activate for promotion luck with a Chi Lin Vase in the NE. Your social life will be especially active and you find yourself the centre of attention at social occasions. Tigers in relationships grow closer to their partners, while single Tigers may well meet their soul mate. But avoid getting caught up in scandals as there will be instances where this could be a distinct possibility. Carry the 9 Tailed White Fox Amulet to attract love, but also to avoid relationships that can become destructive.

Rabbits are in for a better time with the arrival of the Prosperity Star. Your projects move smoothly and things work out the way you expect. Activate good fortune luck with the Dragon & Rat Prosperity 8 in the East of your home or office. As your luck improves, you will find many opportunities to impress your superiors or investors. With relationships, things are going well for you and your partner. If planning on getting married, this is a lucky time to do so. Those wanting their partners to propose should place a Peach Blossom Rat in the North of your bedroom.

A fast-paced month with many exciting projects coming your way, which you get going smoothly and efficiently. It is in the Dragon sign’s inherent nature to be impulsive, so when life speeds up, your animal instincts tend to take over. By all means use them to your advantage, but don’t abandon all common sense and logic. If you use time to think things through, your results will tend to be better. For wealth luck, display a set of the five element Wealth Cabinets in the SE. Your impetuousness may incite the anger of your elders, so try to tone down your rashness when dealing with older family members. Carry the Apple Peace Amulet for all your relationships to go smoothly.

The pace at work moves swiftly and you feel you hardly have time to think! There are new opportunities to pursue and each one opens a door to another. A prolific time if only you can keep up! Make use of the auspicious energies by allocating your time and effort wisely. Stay results-oriented, so the work you put in counts for something. Activate for completion luck by placing the Bamboo Forest for Prosperity in the SE. Career luck is strong, and duty may call, but don’t forget to make time for the family. Pay attention to advice given by your parents and elders; they prove to be more pertinent than ever. Love luck is fabulous and singles are in for a wild ride! But if hoping for something beyond a short term romance, place a Peach Blossom Horse in the South of your bedroom to activate for “true love”.

The Five Yellow brings instability to your emotions, and your energy levels decrease, making you more irritable. There could also be money loss to contend with. Keep a close watch on expenses, as unexpected ones could crop up leaving you tight for cash. Carry the Bat Lock Coin to minimize monetary outflow. Stay inconspicuous to avoid invoking the jealousy of others; carry the Evil Eye Anti-Jealousy Amulet to protect against gossip and slander. Place the 5 Element Pagoda with “Om Ah Hum” in the South of your home and office. Control any impulse to lose your cool, as your temper could cause all kinds of trouble for you. Illness chi gets strengthened, so do be more careful of your health. Carry the Good Health Amulet Card or Anti-Illness Amulet Card at all times. 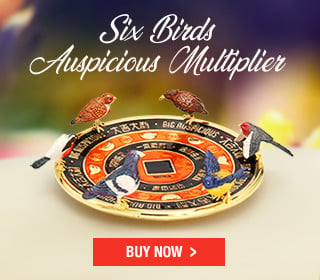 The Sheep gets afflicted by the Betrayal and Loss Star. Be vigilant of anyone proposing easy money-making opportunities – chances are high you could get cheated or misled. At the workplace, office politics rears its head, with workmates willing to do almost anything to get ahead. Don’t allow yourself to become collateral damage in something that doesn’t involve you. Don’t be too trusting or divulge confidential information. Carry the Hamsa Hand Anti-Gossip Amulet to reduce the effects of office gossip. For those looking for love, this is not the time to commit to someone new. The romance will be short-lived and bring heartache instead. For those married or in relationships, there is the possibility of infidelity. Wear the Marriage Saver Amethyst Pendant to protect your marriage.

This can be a stressful month for the Monkey. There is indication of money loss caused by minor accidents. Set aside some money for unexpected expenses. Carry the 15 Hums Protection Amulet to avoid serious accidents and injury. Gossip amongst peers or colleagues could cause you mental stress. Do not be too trusting of anyone. For single Monkeys, not a good time to start a new relationship. Although you think you feel deeply for someone, the feelings may not be reciprocated. For those already in a relationship, wear the Marriage Saver Amethyst Pendant to protect against third parties disturbing your happy utopia.

The Rooster feels more quarrelsome with the hostile star #3 in your sector. You tend to nitpick at every little detail, making you really quite difficult to deal with. Although a perfectionist at heart, for now, do try to be more flexible and accommodating. Carry the Dragon with Fireball Amulet to reduce the effects of the quarrelsome star. There is indication of getting in trouble with the authorities, or arguments that lead to a lawsuit. Carry the Talisman to Win a Court Case if facing such problems. The Rooster will also find existing friendships to be less fulfilling. Might be an idea to expand to new groups of friends.

The Dog’s energy levels take a dip with the illness star visiting. The challenge is to find shortcuts to complete your workload and to meet the deadlines that seem to keep cropping up. There are money-making opportunities but these could come at the expense of your health. If any project requires you to travel, better to postpone, especially with COVID-19 still very much a threat. If you do have to travel, you MUST carry Anti-Illness Amulets and Buddha Vairocana’s Gold Card. Place a Wu Lou by your bedside to reduce the effects of the #2. But you do enjoy Completion Luck, so there will be reasons to celebrate – place the Fu Dog Treasure Chest to activate this good fortune luck.

The Boar feels more lethargic and will tend to lack its usual joie de vivre. You just don’t have the energy! The illness star affects your happy-go-lucky attitude and others find you more muted. You are however helped by the sum-of-ten combination which helps you complete all your tasks on time. Place the Fu Dog Treasure Chest to advantage from this lucky indication. Your biggest worry now will be illness, so do carry the Good Health Amulet Card or Anti-Illness Amulet Card. Avoid crowded places and put on a mask when out in public. Your low energy levels could lead to serious illness if precautions are not taken. If finding it difficult to sleep at night, place the Bejeweled Lucky Tortoise by your bedside to ensure you get the rest that your body needs. 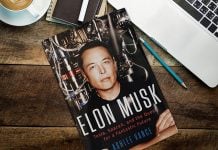 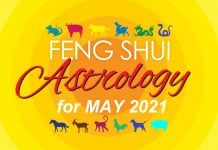 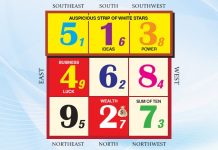 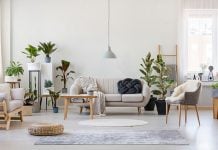 Enhancing Growth Chi in Your Home 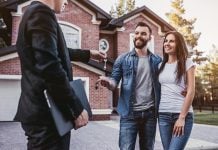 Protection Power of Hum: A Seed Syllable That Comes From Sanskrit, the Ancient Language of the Buddha