The pace picks up for the Rat, when your energy levels are high. Productivity levels go up, so this is a good thing. But the quarrelsome energy gets amplified this month causing your temper to flare more easily. Try to be more tactful when dealing with your subordinates. Your time is better spent fixing the problem rather than assigning blame. Carry the Dragon Holding Fireball Anti Conflict Amulet to help control your temper. There is also danger of meeting up with unsavoury people, and if conflict ensues, it could get ugly. Protect yourself with the 15 Hums Protection Wheel Brooch or Amulet.

The Loss Star afflicts the Ox this month, suggesting a need to be careful when it comes to money matters. Watch your investments closely and refrain from taking monetary risks. There is also risk of robbery. Carry the Anti-Burglary Amulet and place the Blue Rhino and Elephant with Talisman Feathers in the NE. Be wary of the people around you. There is risk of being swindled financially or being betrayed in relationships. To protect against betrayal, carry the Kuan Kong on Horseback Anti-Betrayal Amulet. Protect against infidelity with the Marriage Saver Amethyst Pendant or Rooster with Fan.

The Tiger may meet up with unexpected expenses, causing your cash flow to run into some difficulties. Don’t overspend on unnecessary luxuries so you are able to easily sustain unplanned expenses. Display a Double Humped Camel on your desk and to protect against bursting your budget. There are many dishonest people lurking about. If you are offered a “good deal”, err on the side of caution, as things that may be too good to be true may well be. Carry an image of the Pi Yao on a bracelet or as a pendant to protect against betrayal energies; this will also attract much-needed wealth luck.

A dangerous month for the Rabbit as the monthly illness star joins the Five Yellow. When these stars combine, it can easily become deadly, causing serious health and other problems. Carry the 5 Element Pagoda and have it near you at all times. Remedy the illness star with the Health Prayer Wheel Pendant. As the current pandemic continues, best for Rabbits to stay safe and stay home. Your energy levels are low so you could easily get sick. Display an image of the Garuda or have a Wu Lou by your bedside to bring about restive and healing energies. If you can tap your Tien Yi direction as you sleep, this will also help.

The Quarrelsome Star afflicts the Dragon causing misunderstandings to occur easily. Whatever you say can be misconstrued as an attack rather than a statement, causing tempers to flare. Better to keep your opinions to yourself this month. Carry the Anti-Conflict Amulet to reduce the effects of the quarrelsome chi afflicting you this month. You could also find yourself getting into trouble with the law. If so, you may need the Talisman to Win a Court Case to reduce the severity of the judgement. However, wealth luck is good; activate this segment of your luck by carrying the Mongoose Wealth Amulet.

Conflict energies afflict the Snake, causing arguments and disagreements with family and friends. There is a lot of negativity in your life and nothing seems to go swimmingly for you. You may feel yourself being constantly wronged, and you will want to get the last word in, but it’s best to hold your tongue for now. Saying more will get you into more trouble, as the other party is unlikely to back down. Don’t allow any conflict to escalate, as you are likely to be the one that ends up getting most hurt by the scuffle. Wear the colour red and carry the Apple Peace Amulet to control the difficult energies this month. Burn some incense in the SE part of your home to appease the local spirits that cause conflict within the home.

The Horse’s luck improves with the prosperity star making an appearance. You also enjoy Sum-of-Ten luck this month. Activate for good completion luck with the Sum-of-Ten Amulet. Career luck is strong, so this is a time to make a good impression. There could be a promotion or change at work that helps you financially. To activate for this kind of luck, have the Blue Ru Yi with 8 Auspicious Symbols on your desk. If you are looking for a quick accumulation of wealth, activate with the Bejewelled Action Vase. Enjoy this auspicious month! 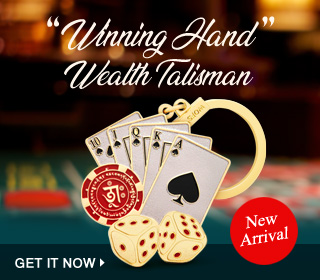 The Sheep enters a more productive month ahead. Your energy levels improve, and it comes at the right time as there are many new opportunities showing up at your doorstep. But you may find yourself easily distracted as you are mighty popular at the moment. Try to channel this added advantage towards your business or work to bring an improvement in your career or business. If you feel competition heating up, activate for winning luck with the Victory Banner. Be careful however with relationship scandals. Place a pair of Marriage Happiness Ducks in the SW to protect against infidelity problems.

A transformational time for Monkeys. Your creativity is high, and your energy levels allow you to easily increase your productivity at work. If you are planning for a change in career, this may be a good time to start putting your plans into action. Monkeys benefit from having the Luo Han with Crab on their desks. If you find yourself in competition for a specific job or project, activate victory luck with the Windhorse-Boosting Victory Flag. In love, you are feeling romantic, but if you are already attached, do not allow a third party to wreak havoc in your relationship. Even innocent flirting can cause some problems you really don’t need.

A very happy time for Roosters who are showered with heavenly luck this month. Things are looking up for you, as anything you touch turns to gold! The Heaven Star brings many helpful people into your life, allowing you to move forward positively. Activate your immense good fortune with the Jade Emperor with Qui Ren Talisman. Carry the Heaven Luck Activator to attract helpful people into your life.

The misfortune star afflicts the Dog bringing all sorts of obstacles into your life. Although you may have been doing well, there are many who are envious of your success, and some who will do you in at the slightest opportunity. You need to carry the “Evil Eye” Anti-Jealousy Amulet to absorb these negative energies. To stay safe, you also need to carry the 5 Element Pagoda Amulet to protect against obstacles brought by the misfortune star. In terms of relationships, some problems may arise, but nothing too serious. Don’t make a mountain out of a molehill.

Although your luck has been good in previous months, this month it is best to lie low. This is no month to take risks, as you are likely to incur losses. Delay big decisions for now. Carry the Five Element Pagoda amulet at all times to keep the negative effects of the wu wang at bay. Watch out for people gossiping behind your back. Carry the Hamsa Hand Anti Gossip Amulet to protect against politicking at work which may harm your career or even your marriage. 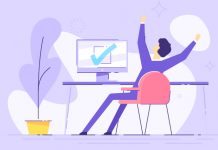 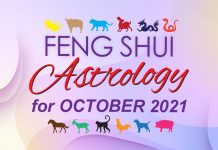 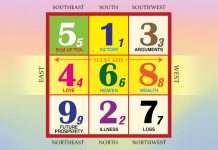 Flying Stars in October 2021 – A month of DOUBLES…

Flying Stars in October 2021 – A month of DOUBLES…