The potency of MIRRORS in creating powerful good fortune auras and auric fields has been a well guarded dimension of feng shui practice for a very long time – perhaps a couple of thousand years – and even the Masters who know how to activate good fortune using mirror rituals admit they have only limited knowledge of their use. I have been investigating the use of mirrors in Spiritual and Divination practice for several years now, and I started experimenting with mirrors after I was fortunate enough to come across a treatise on the advice given to Princess Wen Cheng by her father the Tang Emperor just before she set out on her journey West to marry the King of Tibet, Songsten Gampo. 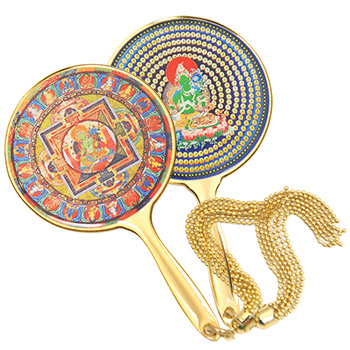 The advice given by the Emperor to his daughter was to ensure she would have a happy marriage and that she would love her new home. It was also to teach her how to use her protector Deity mirrors to create auric shields around herself so she would not be poisoned, nor come under the control of bad people.

Her double happiness mirror was to ensure that the marriage to the King would be long lasting and fruitful. The Emperor also taught her how to energize the mirrors on the long journey to Tibet, using empowering rays of the early morning sunrise and the light of the waxing moon.

To make sure relations between China and Tibet would stay smooth, an expert on empowering  rituals accompanied the Princess on her journey and he would help her design the layout of her quarters where special mirrors were placed to ward off ill luck at all times.

The Chinese have always used mirrors extensively and brass mirrors decorated with beautiful and auspicious motifs can be found from as early as the Han and Sung Dynasties; but it was during the Tang Dynasty that mirror magic and mirror rituals became extremely popular. It was during the Tang dynasty that a collection of magic mirrors made of brass were brought to Court and which were to become the object of so much Western study in later years. These mirrors were made of a brass or copper alloy with one side polished to a high gloss that one could see one’s image reflected on the surface.

And when the mirror is held up to reflect any kind of light, like magic it would create a glowing image or pattern on the wall. Usually this image would be a magnified image of the image etched at the back of the mirror. This would very often be the image of Buddha and then those watching would meditate on the giant image reflected on the wall. It is said that doing meditation like this would bring the meditator all his heart desired…

Westerners have since traced this phenomenon to the time of the Western Han Dynasty (206 BC to 27 AD) and today, such mirrors can sometimes be found in antique shops and at specialised auctions.

For the collector, they are beautiful objects with elaborate and finely worked relief patterns on one side and a shiny surface on the other side. Old mirrors usually had to be re-polished to regain their reflective surface.

It is believed that all old Chinese mirrors have magical powers especially when made of metal (usually brass) and care is taken to ensure the shiny reflective surface does not get dull or lose its shine.

Meanwhile, from Tibet come smaller golden mirrors that are reportedly as potent as the Chinese mirrors, especially mirrors that had powerful mantras engraved on its image side. Buddhas and other auspicious objects were usually engraved onto one side of the mirror, which would then be consecrated to be kept precious and empowered.

It is in Katmandu that I came across some amazingly old mirrors made of brass and with images of Buddhas and empowering mantras on one side, and a dull shiny surface on the other side… these together with the images of the Tang and Han mirrors which had made their way to me during my Hong Kong days, where I used them with so much success – these have inspired me to design and make my own collection of brass mirrors as part of my feng shui collection of cosmic magic mirrors.

I have since discovered that the Tibetans and the Chinese shamanistic traditions make use of the mirror extensively, both to protect as well as to symbolically swipe away all obstacles to success.

Different kinds of mirrors can be created for different purposes. Mirrors can clear obstacles to success; attract good relationships; help one find something lost; actualize wishes; attract opportunities; actualize a helpful patron and bring all kinds of good fortune to oneself.

Mirrors can be carried on the body as protective talismans or they can be displayed in special places in the home to enhance protective energies and to keep local spirits subdued. 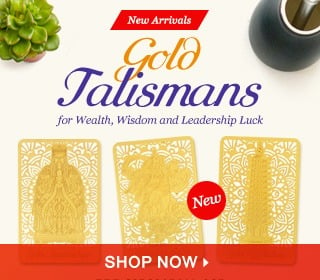 Sacred mirrors can also be used in magic diagram rituals to perform actualisation of cosmic magic, mainly to actualise an outcome or to heal someone. Special kinds of mirrors can also be used to ward off the evil effects of black magic and the bad intentions of competitors, easily overcoming the evil eye of others. Used in conjunction with empowering mantras and meditations mirrors become powerful talismans that can be kept for life.

Different mirrors are more potent during certain years and depending on how one wants to use the mirror, different ones can be carried in one’s handbag and empowered. The potency of mirrors depends on the shiny surface and also on how well the mirror has been empowered by the sun and the moon.

Carry the mirror with you at all times. Women can use it to put on their lipstick.

But it is also a good idea to use the mirror to swipe the air  a few times prior to setting out of the home, or when you travel or when going to attend an important meeting. This clears all conflict energy making your day a lot more pleasant and very agreeable indeed.

Over the past three years I have created a few special purpose mirrors. Some are meant to be used as one’s personal mirror, in which case empower it solely for your own use. Keep these mirrors carefully and never leave home without at least one mirror in your handbag or pocket.

Get to know the different mirrors well. They are all LIMITED EDITON as they are made in specific quantities only; between 300 to 500 pieces each, and after they are sold out, we do not repeat them.  Many of our older mirrors are no longer available.

The design and images on the mirrors are drawn according to patterns and images of old mirrors, but now modernised to look contemporary. Some of the mirrors come with powerful mantras…

Our latest is the TARA Goddess mirror which features the image of Tara on one side and TARA’s mantra on the other. This mirror invokes the help of Mother Tara and the 21 Tara’s. We have made 300 of each of the two designs. 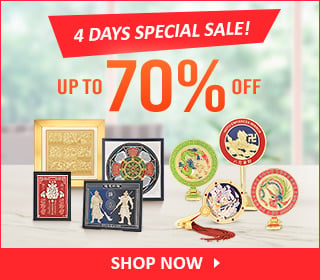 Why Recycling Your Cures Should Be Your Last Option