The next time you think of how to redo your landscape to create a fresh, lush look, do explore these key fundamental elements that can make or break your home. It is important first to take note that the landscape surrounding your home is an extension of the home itself, and how it blends and compliments the home affects the energies surrounding it. 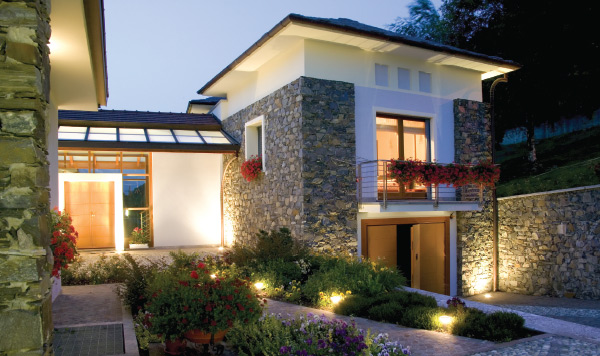 The entry is the most important gateway into the home and how you treat the way you enter your home affects how you feel when you approach the home. For example, in this scenario, there are a few elements to take note of. First, the external treatment of the walls is in a stone finish, which reflects a bold, hard look, which again is reflected on the ground and boundary walls, thereby enforcing the masculine effect. Secondly, the protruding wing of the house seems to indicate a secondary entrance, so it is imperative to highlight which entrance is the main and which is the secondary.

Through the introduction of plants and lights, this subtle yet effective approach offers a simple design solution. By adding the element of green plants, it automatically downplays the hard, masculine effect of the stone feature and helps to soften it, creating a more inviting feel.

Next, the entrance pathway is placed asymmetrical to the main entrance door to prevent a straight direct line to the main door, but this also helps to manage the speed with which we enter the home. By creating an asymmetrical approach, it allows the user to appreciate the landscape in its totality, as it then stands as an element on its own that complements the house, rather than landscape that has no connection to the home.

Lights are introduced as well to serve two purposes – to create a travel path of entry and to direct our visual direction towards the landscape rather than to the hard look of the stone effect walls. 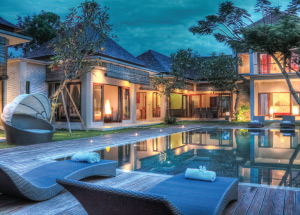 The placement of water features can create different moods and effects around the house. For example, by creating a central pool feature with rooms overlooking, it helps create a resort-style feel which accentuates a sense of a private sanctuary. Vegetation should not be too dense, and should be varied in texture and species to give the feel of serenity and calm. The key element here is to create a balance between water and plants whereby neither element dominates the other; else you lose the tranquility essence of the space. 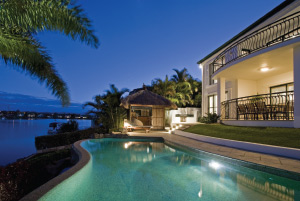 Depending on the location, sometimes we are faced with a scenario where we want a certain element to dominate the space in order to create a link. For example, in this scenario, the need for the swimming pool to dominate the central space is vital, as it not only creates a direct link with the home, but causes it to blend in seamlessly with the river beyond.

By it doing so, it allows the house and landscape to merge in totality, so rather than living in a house that views the river in the distance, we are able to pull the river into the vicinity of the house through the use of the swimming pool.

By creating undulating pathways, we are able to create variety in the Landscape. Rather than using straight paths, which typically indicate a start and an end to the journey, winding paths offers the ability to generate zones within the overall space that not only moderates our travel speed, but 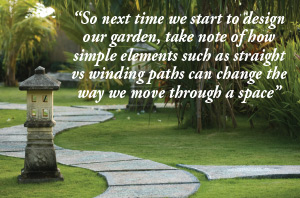 helps reduce the perceived depth of the space. For straight paths, we tend put our focus towards the end of the path and ignore the surroundings. But when there is a change in direction in the path, we reduce our travel speed and thereby appreciate our surroundings as we travel through a space. Always take note of how simple elements such as straight versus winding paths can change the way you move through a space. 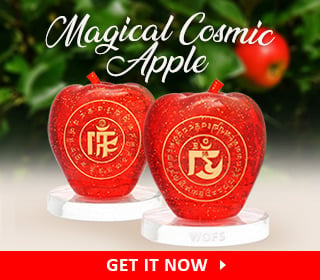 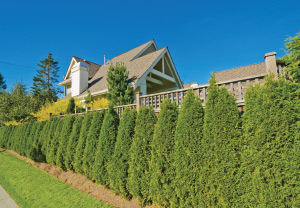 Another design technique to consider is the selection of certain type of plants and trees to suit certain purposes. In this scenario, thick dense shrubs are used to serve two key functions – security and aesthetics. A dense foliage wall creates a cumbersome means of entry into the property, while the dense effect helps to hide the elevated boundary wall behind, thereby creating a soft yet formidable barrier to the home.

Other functional uses would include the ability to block off sound as thick foliage helps to break up sound barriers and are highly effective in areas close to highways and roads. And not forgetting the ability to create practical uses such as shading elements such as tower trees, or to block off unsightly elements in the distance.

The key to treating your landscape is to think about the overall space and to look at how to balance it out. Not all landscapes are filled with rolling green pastures of grass, especially in urban settings; so the secret is to introduce enough foliage such that we are able to create a pleasant environment.

In this final example, the key element to look out for is the line of sight. Being a straight path, we identify this space as having a start and an end, so the key is how to slow down the speed of travel as to allow the user to appreciate the landscape. The introduction of plants needs to be placed at intermittent spaces to break up the monotonous view of the path into sections. The next stage is to complement these landscape markers with trees that act not only as shading devices, but also to demarcate the pathway. Seating crevices are further introduced to allow the user the option to slow down to enjoy this urban landscape.

Whenever you are designing the landscape, think of the fundamental issues and how you can resolve them. Think of the landscape in terms of time, experience and emotions rather than just foliage and greenery, as how you balance the amount of trees and water will have great impact on how much you eventually appreciate a space.

Three Big Realities In Our New Digital World: Adapting To The...